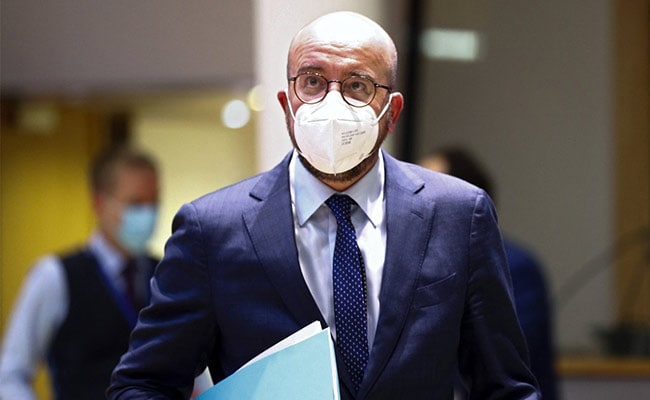 One of Brussels’ top two leaders has defended the European Union’s efforts to reach an investment agreement with China, ahead of summit meetings with US President Joe Biden.

The president of the European Council, Charles Michel, will meet Biden at this weekend’s G7 summit in Cornwall, before hosting him in Brussels next week for EU-US talks.

Speaking to reporters ahead of the series of summits, Michel stressed that Biden’s efforts to mend ties mark a return to a “strong partnership” after tension under the Trump administration.

But he defended Brussels’ troubled effort to negotiate a “Comprehensive Agreement on Investment” (CAI) with Beijing, which has been delayed by recent rows about human rights sanctions.

“We want to rebalance our economic relationship with China,” he said in an interview with a group of reporters late Monday, including AFP.

“In the last years we have decided to facilitate access to our single market,” he said, addressing China’s recent economic inroads into Europe.

“I know that there’s a democratic debate in Europe on the question of this investment agreement, but I’m convinced personally that what’s on the table is a huge step in the right direction,” Michel said.

“For the first time we are making a step to facilitate investment by European companies and also, based on this proposed agreement, there are commitments expressed by the Chinese authorities on social rights.”

The European Union executive and China gave political approval for a major investment pact late last year, after seven years of painstaking negotiations, thanks to a final push by leading export economy Germany.

But the European Commission has suspended efforts to secure ratification of the deal after Beijing slapped sanctions and visa bans on European lawmakers and academics.

Last week, far from seeking closer ties with the Chinese economy, Biden expanded a blacklist of Chinese firms that are off-limits to US investors.

Michel insisted Europe is not being naive in dealings with China and that it wants to work with Washington in an alliance of liberal democracies.

“In a nutshell, what’s the position of the United States?” he asked, rhetorically.

“It’s very similar to the European one. Explaining China is a competitor, but it’s also important to cooperate with China when it’s necessary.”