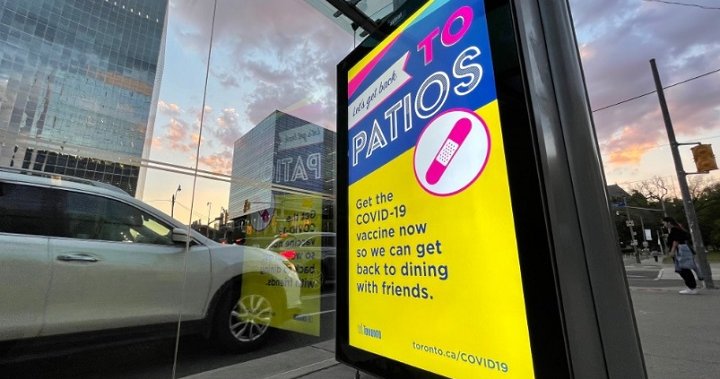 Ontario is reporting 525 new COVID-19 cases on Monday, as case counts continue to trend downward marking the eighth day in a row it’s below 1,000. The provincial total now stands at 536,607.

Monday’s case count is lower than Sunday’s 663 and marks the lowest daily case count since late September. On Saturday, 744 new cases were recorded, 914 on Friday and 870 on Thursday.

According to Monday’s report, 114 cases were recorded in Toronto, 95 in Peel Region, 51 in Waterloo and 40 in Durham Region.

All other local public health units reported fewer than 40 new cases in the provincial report.

The death toll in the province has risen to 8,869 as 15 more deaths were recorded.

As of 8 p.m. on Sunday, over 10 million total COVID-19 vaccine doses were administered. That marked an increase of 116,829 vaccines (61,544 for a first shot and 55,285 for a second shot) in the last day. There are now more than one million people fully vaccinated with two doses.

Meanwhile, 519,801 Ontario residents were reported to have recovered from COVID-19, which is about 97 per cent of known cases. Resolved cases increased by 941 from the previous day.

There were more resolved cases than new cases on Monday.

The government said 15,177 tests were processed in the last 24 hours. There is currently a backlog of 5,724 tests awaiting results. A total of 15,406,849 tests have been completed since the start of the pandemic.

Test positivity for Monday was 3.6 per cent. That figure is up from Sunday’s at 2.8 per cent and Saturday’s at 3.1. It is also down from last week when it was 4.3 per cent.

Ontario reported 547 people are hospitalized with COVID-19 (up by two from the previous day) with 497 patients in intensive care units (down by 13) and 339 patients in ICUs on a ventilator (down by five). Overall, hospitalizations have been on the decline since the third wave peak in April.

Variants of concern in Ontario

Here is a breakdown of the total cases in Ontario by gender and age:

Here is a breakdown of the total deaths related to COVID-19 by age: