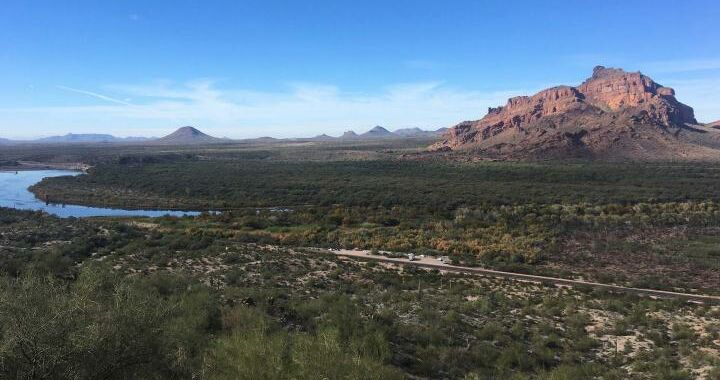 Two of the world’s leading chip manufacturers—Intel and TSMC—are increasing their US-based manufacturing presence by building new plants in Arizona.

Chip foundries are critically dependent on water, and Arizona is one of the driest states in the nation. Arizona gets only 13.6 inches of annual rainfall (compared with 50-60 inches in most of the Deep South, or 30.3 inches average for the USA as a whole). But as Forrester research director Glenn O’Donnell told CNBC, chip-fabrication plants are similar to indoor swimming pools—”you need a lot to fill it, but you don’t have to add much to keep it going.”

Counterintuitively, the famously thirsty industry can even improve the local water supply due to a focus on reclamation and purification—Intel has funded 15 water restoration projects in the Grand Canyon State with a goal of restoring 937 million gallons per year, and it expects to reach net positive water use once the projects are completed.

What Arizona lacks in water, it makes up for with overall stability—the state is very seismically stable and does not suffer from hurricanes or wildfires, with low risks of other natural disasters such as tornadoes to boot. Building chip fabs without such guarantees is possible—for example, Intel has a large presence in Oregon—but chip fabricators on the West Coast must take extreme isolation measures, which Arizona plants don’t require.

Arizona’s lack of rainfall comes with another benefit—plentiful sunshine, which former Arizona Gov. Janet Napolitano once said gives the state the potential to be “the Persian Gulf of solar energy.” As of 2018, the state’s utility companies generated roughly 5.2 GW—nearly 5 percent of its entire power budget—via solar generation. Distributed (nonutility-scale) generation in Arizona provided another 2.3 GW in the same year.

The human factor, however, may add up to more than the state’s natural advantages do. Intel established its presence in Arizona more than 40 years ago and currently employs more than 12,000 people in the state. Arizona local universities responded by establishing “a strong reputation for semiconductor design courses and research,” according to Gartner analyst Alan Priestley. And, as Forrester director O’Donnell points out, “the political machinery in Arizona is determined to make the state business friendly… the recent announcements by Intel and TSMC come via a lot of help from federal, state, and local government entities.”