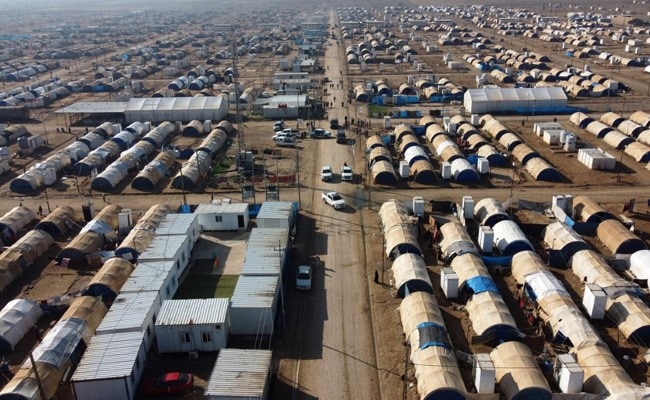 T Three civilians were killed Saturday in a Turkish drone attack on a refugee camp in northern Iraq in an area which Turkish President Recep Tayyip Erdogan recently threatened to “clean up”.

Erdogan accuses Turkey’s outlawed Kurdistan Workers Party (PKK) of using the mountainous area in Iraq’s north as a springboard for its insurgency against the Turkish state.

Turkey regularly conducts cross-border operations and air raids on PKK rear bases in Iraq — moves that have strained relations between the two neighbours — and launched its latest offensive in April.

Kurdish lawmaker Rashad Galali said Turkey’s drone strike hit a playground “near a school” in the UN-supported Makhmur camp set up in the late 1990s to house Kurdish refugees from Turkey.

“Three civilians were killed and two wounded,” he told AFP, adding that children were not among the dead.

Earlier this week Erdogan compared Makhmur camp to the Mount Qandil region along Iraq’s eastern frontier, where the PKK has bases.

“The issue of Makhmur is as important to us as Qandil… because Makhmur has become the incubator of Qandil… and if we don’t intervene the incubator will continue producing (terrorists),” he said.

“If the United Nations does not clean up this district, we will take care of it in our capacity as a UN member state,” Erdogan warned.

Turkish troops have maintained a network of bases in northern Iraq since the mid-1990s on the basis of security agreements struck with the regime of late dictator Saddam Hussein.

The PKK has waged a rebellion in the mainly Kurdish southeast of Turkey since 1984 that has claimed more than 40,000 lives, and uses bases in Iraq to train fighters and launch attacks on Turkey.

Saturday’s drone strike came just hours after five Iraqi Kurdish peshmerga fighters were killed in an ambush and clashes with the PKK in northern Iraq, according to a Kurdish official.

The People’s Defence Forces (HPG), the armed wing of the PKK, accused the peshmerga of entering “a conflict zone in Matin” between it and Turkey “which wants to occupy Iraqi Kurdistan”.

“These peshmerga movements are a stab in the back for the PKK and we refuse their entry into an area under our control,” it said in a statement.

The latest developments come weeks after Turkey’s ground and air offensive against PKK militants in Iraq in April raised concerns.

But Iraqi expert Adel Bakawan of the iReMMO institute for Mideast studies said he did not expect Saturday’s incident to be the precursor for a new Turkish operation in Iraq.

“There is nothing extraordinary in this. It is just a continuation (of Turkish policy). There will be no invasion or massive offensive by Turkey” against northern Iraq, he said.

Other experts have noted that Turkey has increasingly reverted to the use of drone warfare to attack the PKK bases, with some even dubbing it a military “revolution”.

The PKK’s pan-Kurdish agenda has often put it at odds with Iraq’s autonomous Kurdish government, which has sought to maintain good relations with Ankara.

The peshmerga affairs ministry has called on “everyone to respect the borders of Kurdistan and to refrain from endangering its security and stability.”

The federal government in Baghdad has taken a stronger line, condemning repeated air and ground incursions into Iraq by Turkish forces.