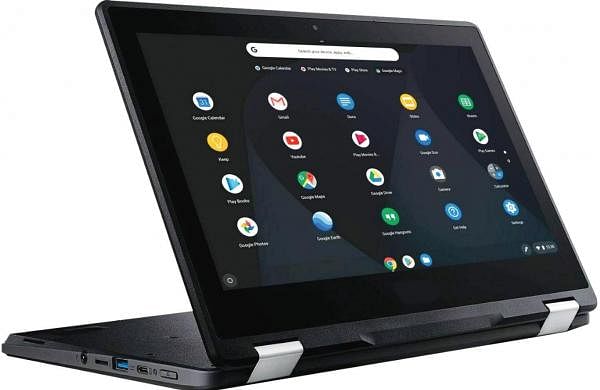 What’s the first thing you do on a laptop? Most of us open a web browser (mostly Google Chrome) and start working. Should MS Office refuse to open, no worries. You simply open Google Docs and go ahead. Right? If Adobe Acrobat Reader fails to open PDFs, you would use Google to do so.

If this is how you get your work done, then you are ready for a Chromebook. Unlike regular computers, Chromebooks work differently. It looks exactly like a regular laptop with a keyboard, connectivity ports and a trackpad. But it differs in terms of the operating system. While Windows laptops run Windows OS,
Chromebooks have ChromeOS. This OS is designed by Google and is based on a Gentoo Linux system. So when you boot the Chromebook, it starts up instantly like a smartphone and the user interface is pretty much like Android devices. Chromebooks work best with the internet.

Who should buy a Chromebook?
“If you need a laptop for daily use and your work mostly revolves around MS Office (Word, Excel) and web, then there is no reason why you shouldn’t get a Chromebook,” says Kerry Jeith, a tech blogger based in Bengaluru. You would need to replace your software with the ones available on Chrome. So for MS Word, you have Google Doc. Adobe Photoshop and MS Office have their web versions that would help.

Why is a Chromebook cheaper than a Windows laptop?

It’s cheaper because there isn’t much of a hardware complexity than a regular laptop. Also, an important part is that the ecosystem is closed.

It’s as secured as your Android phone. If the Chromebook is directed to an infected page, it can’t affect the other tabs or apps on the computer, or anything else on the machine.
The threat is contained.

No internet. No Chromebook.

Says who? Even when without the internet, you can work on offline apps like Google Docs. You can still save stuff on the cloud. But yes, you will need the internet for web operations.

Battery life 9 to 10 hours Best Suited for Individuals who are working from home.

Not suited for Gamers, designers, users who run RAM-intensive software